The leading cause of death, worldwide, last year was...

42 MILLION lives lost through the violent "choice" of their mothers.

@George I boosted. Now I expect a couple unfollows. Haha.

Anyway, this is horrible. People will say this is okay because "they aren't people yet", but they cannot provide a good explanation to when someone does become a person. 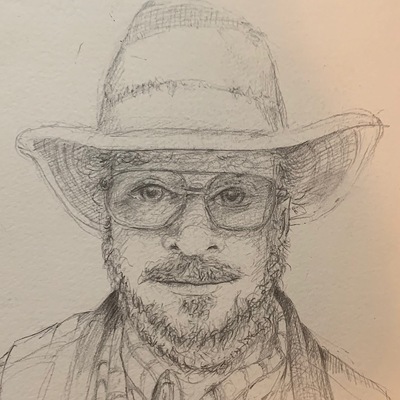 I consider the right to life to be dependent on sapience, which I define as conscious knowledge of mortality and desire to avoid death.

Because becoming sapient is a process, and I find killing babies to be distasteful, I'm happy to agree on birth as the limit for abortion, even though the typical human isn't really sapient until a year or more after that.

The question that I've never gotten a pro-lifer to even take seriously is that if killing a fetus is to be considered murder, why is it OK to kill and eat a cow, or a chicken?

The religious answer has to do with the human soul, but I have seen no way but faith to verify its existence.

Other than the soul argument, it seems to me that a consistent pro-life philosophy would require its proponent to be vegan. To consider all life to be sacred.

But I'm open to other reasons to consider humans as special animals. So far I've received nothing but derision for even asking that question.
1+
Sep 12, 2019, 19:04

@billstclair
Okay, but you said yourself that "you find killing babies to be distasteful." Why exactly is that? You see, there is an inherit difference between a person and an animal, you would argue it is "sapience," but I would argue that it has to do with their humanity. We were created differently that the animals, but in an ideal world there would be no bloodshed of animals either, but we have permission to do so now.

You see, any call to morality requires someone to set up that morality.

@billstclair @masterofthetiger
Bill, I appreciate your openness and willingness to consider arguments. It's refreshing these days!

There are quite a few arguments on what differentiates humans, including purely secular. Here is one that covers several topics:
https://www.thoughtco.com/what-makes-us-human-4150529.

(Even Dawkins agrees on the brain: https://newrepublic.com/article/116181/humans-vs-animals-organ-makes-all-difference.)

Sapience is a valid indicator when fully extended to include natural potential. That is, when I am asleep or in a coma, I am potentially sapient but not at that moment. A fetus (which is just the name for a stage of human development), left to naturally develop, has the same potential. Scientifically, it is a human being already with its own distinct DNA.

@masterofthetiger @George yeah i couldn't figure when a baby becomes a person either, so i kindah settled on it being when a sperm cell shits some DNA into an egg cell.

These a humans dammit, much more important than some male chicks thrown fully automatically into the grinder alive because they don't lay eggs.

@jasper @masterofthetiger
When I was much younger and had not made much effort to look into this, my theory was a sliding scale from conception to birth. A sort of degree of humanness. I had a lot of theories about a lot of stuff. Needless to say, I got a lot wrong!

@George
Oh wow. Worse than a few unfollows, I lost my hosting provider over boosting this...

@masterofthetiger
@billstclair
Bill's right about wrongthink (and their use of every means possible to stifle free speech).

It is also an attack of evil to suppress the light of truth. Pray for them and take heart (Acts 5:41).

For hosting, I use SSDnodes.com. They have been reliable, perform well, and are inexpensive. The only downside is no reasonably priced month to month plans, but 1 year or 3 year. They do have (14 day - I think) money back guarantee.

@George
Like I was saying, he hosts a project of mine. It is a small thing. It is a simple chatroom. I will just move it to the theres.life server later. Sorry for the misunderstanding.