#GospelToday (Mt 6:7-15)
"In praying, do not babble like the pagans, who think that they will be heard because of their many words. Do not be like them. Your Father knows what you need before you ask him.

This is how you are to pray: Our Father in heaven, hallowed be your name, your kingdom come, your will be done, on earth as in heaven. Give us today our daily bread; and forgive us our debts, as we forgive our debtors; and do not subject us to the final test, but deliver us from the evil one. 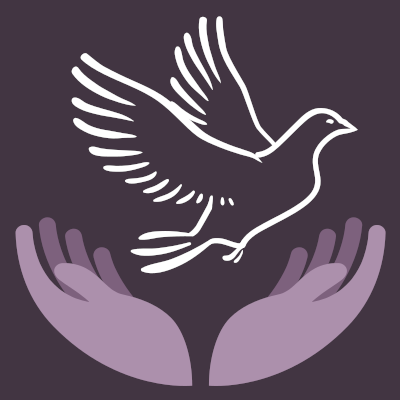 Matthew puts the Lord’s Prayer right in the middle of the Sermon on the Mount, interrupting his long passage on doing good works in secret. Since the Sermon on the Mount is Matthew’s gathering of Jesus’ teaching on conditions for entering the Kingdom of Heaven, one could say that he deliberately puts this in the very centre of the conditions.
The Lord’s Prayer exists in several slightly different versions, not only in Matthew, Luke and an ancient, perhaps first-century, Christian document, The Didache, but also somewhat more differently among Jewish prayers. The prayer begins with an invocation, and then divides into two halves, each of three requests, the first three regarding God, the second three regarding Christian disciples. The invocation differs in Matthew (‘Our Father in heaven’) and Luke (simply ‘Father’). The latter has a lovely warmth and simplicity, like Jesus’ prayer, ‘Abba, Father’ in Gethsemane. ‘Abba’ is not, as some have thought, a childish word like ‘Daddy’, but is the warm and respectful greeting from an adult member of the family. Perhaps Matthew added ‘Our’ to make it a community prayer, and ‘in heaven’ to avoid confusion with an earthly father.
...

The three different petitions about God are really variants of the same prayer. The central petition, ‘may your kingship come’, is a prayer for the completion of God’s plan, may the kingship of God be fulfilled, an eschatological yearning that God’s sovereignty over the world be totally accepted and unimpeded. The Pharisees thought this would be the case when the Law was perfectly obeyed. Christians might well agree, though with a different interpretation of what this obedience would be. The first petition, ‘may your name be held holy’, is similar, a prayer that the sacred, unpronounceable Name, the LORD, may be honoured and revered as it should be. It is the way Ezekiel 36.20-23 describes the complete vindication of God’s name and honour at the re-establishment of God’s people in a free Jerusalem. It never really occurred at the return from Exile, for Jerusalem continued to be harassed and dominated by foreign powers. The third petition (not given by Luke) is a typically Matthaean formula; he often stresses that it is not enough to cry ‘Lord, Lord’ without actually doing the will of the Father. It also forms Jesus’ second, heartfelt prayer in Gethsemane, ‘may your will be done’.
Then we turn to human needs. First, to keep us fed – not just on bread, for the Hebrew word for bread is often used more widely for food in general. Second, that dangerous prayer for forgiveness on condition that we forgive others – a petition which must always be accompanied with searching our own consciousness for forgiveness of others. This again is the central petition of the three, and is further stressed by Matthew by repetition at the end of the prayer, and by the parable of the Unforgiving Debtor. Finally, the two complementary prayers, ‘lead us not into trials’ and ‘deliver us from evil’ – this may be understood either of the abstract entity ‘evil’ or the personification of evil, ‘the Evil One’.