Many in the west place their hope in government and revere their secular political leaders. In the US, the left is bolder of late in their outright demands for socialism/communism.

There are many devastating consequences should these goals be realized. One is the collapse of public morality. China is a good example. 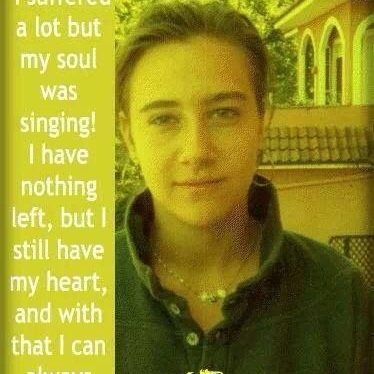 @George Merry Christmas, God bless you. There is much I fear with the Democrats. Where is this Billion Dollars coming from to make small profitable slaughterhouses to control the inflation found in the different prices of meats? How is this going to make the family down the street able to compete with Swift, JBS, or even the Monforts? This is just insane, not to mention the Build Back Better Act and Trillions of Dollars needed for that. Keep spending money that does not exist and soon we to will be making simple transactions that we will count in Thousands and Ten Thousand units like they do in the Far East. I like small numbers makes math easier. But I did like Korea even if we did count won in thousands and ten thousand units.

Worst is what will happen with health care and religion. Democrats do not respect Life or God. Democrats support both abortion and euthanasia. God created me and it is up to God to decide when my time in the church militant is over, not I or anyone else. God starts life at conception it is a simple biological fact, not that life starts at birth and can be terminated anytime before birth. What happened with Britney was a shame. No one helped her to find courage to live, but encouraged her to die, and aided her to die. Dying in fear of suffering is not dying with dignity, it is dying in fear and pain and a shame. The sin of fear is very stong, almost as strong a sin as pride. The Bible and the Communion of Saints promise us that we will suffer while we fight and live in the Church militant. They also let us know there is joy to be found in our suffering. My illness will end with me leaving the church militant and moving on to a different church. I do see a posibility that I may have to move from USA to live in the church militant until God calls me to a different church. I may lose what can be done for me, but will be in care of people that want me to live.