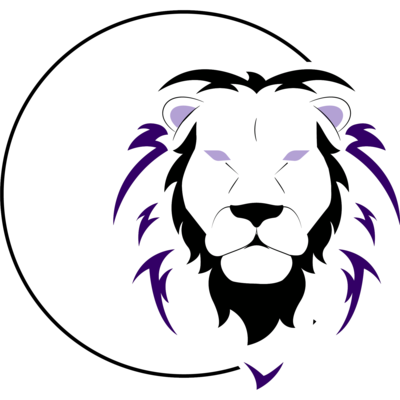 We're building a community of top-notch educators for live and pre-recorded classes. Do you know a teacher or online educator who could use some passive income? We'd love to connect with them.

Eight days after Christmas. First time Jesus shed his blood in fulfillment of the Law 🩸

Whether you’re educating in a blog post, sharing in a video, or putting content on social media, you want to ensure that you have a unified voice that matches your brand and connects appropriately with your desired audience.

Hail Mary, full of grace, the Lord is with thee! Blessed art thou among women, and blessed is the fruit of thy womb Jesus, whose earthly father, Joseph kept the first all-night adoration at the manger. Holy Mary Mother of God, pray for us sinners now and at the hour of our death. Amen 🙏🏽

He was in the beginning with God.

All things came to be through him, and without him nothing came to be.

What came to be through him was life, and this life was the light of the human race; the light shines in the darkness, and the darkness has not overcome it.

The true light, which enlightens everyone, was coming into the world.

He was in the world, and the world came to be through him, but the world did not know him.

He came to what was his own, but his own people did not accept him.

But to those who did accept him he gave power to become children of God, to those who believe in his name, who were born not by natural generation nor by human choice nor by a man's decision but of God.

And the Word became flesh and made his dwelling among us, and we saw his glory, the glory as of the Father's only Son, full of grace and truth.

Hail Mary, full of grace, the Lord is with thee! Blessed art thou among women, and blessed is the fruit of thy womb Jesus, whose earthly father, Joseph dedicated himself to his unborn Lord. Holy Mary, Mother of God, pray for us sinners now and at the hour of our death. Amen 🙏🏽

Is it even Christmas without the USS Enterprise is on the tree?

#GospelToday (Lk 1:46-56)
And Mary said: "My soul proclaims the greatness of the Lord; my spirit rejoices in God my savior.

For he has looked upon his handmaid's lowliness; behold, from now on will all ages call me blessed.

The Mighty One has done great things for me, and holy is his name.

His mercy is from age to age to those who fear him.

He has shown might with his arm, dispersed the arrogant of mind and heart.

He has thrown down the rulers from their thrones but lifted up the lowly.

The hungry he has filled with good things; the rich he has sent away empty.

He has helped Israel his servant, remembering his mercy, according to his promise to our fathers, to Abraham and to his descendants forever."

Mary remained with her about three months and then returned to her home.

O King of all the nations, the only joy of every human heart; O Keystone of the mighty arch of man, come and save the creature you fashioned from the dust.

There are plenty of ways to digitize your website to help things hum along and provide a seamless experience for your users. We're only going to see more automated digitization going into 2021

“You are going to church *in person* tomorrow?! Why can’t you just have the cracker and juice shipped to you and live stream Communion?”

“Are you done after the next baby? Or is this like a religious thing?”

Discussions with our Baptist babysitter:

O Key of David, O royal Power of Israel, controlling at your will the gate of heaven: Come, break down the prison walls of death for those who dwell in darkness and the shadow of death; and lead your captive people into freedom. carrot levels are 64% and steady