I became Catholic in 2012, after having resisted for over a decade. I'm a philosophy nerd, a science/technology nerd, an early music lover, a soprano, a bassoonist, an artist, and a writer. Not necessarily in that order.

I would have continued resisting Catholicism as an option if not for my husband, who refused to marry me if I wouldn't at least consider it.

We don't have any children, and this isn't anyone's fault. We may have considered adoption if we weren't mired in the care of elderly relatives, which consumes a good deal of our time and energy.

I don't always think to tell people things about myself, but I'm always willing to answer questions people ask about me.

I've been working on my Latin again, for no particular reason - I've just been inspired to do so.

This mood doesn't normally last terribly long, so we'll see how it goes.

One does not go to Mass to receive the Eucharist, hear an inspiring homily, or come together as a community. One goes to Mass to worship God; nothing else. All of the other things are incidental to Mass attendance. While receiving the Eucharist is of the utmost importance, given that it is literally the Body, Blood, Soul and Divinity of Our Lord and Savior Jesus Christ in the form of bread and wine, one has to be in a state of grace (no mortal sin on the soul) in order to receive. Otherwise, your reception is sacrilegious. A self-centered reason for attending Mass (what I can get out of it) may be a consequence of the post-Vatican II culture where the focus has shifted to the laity.

I've been 39 for almost a month now. (negative)

I feel like such a failure as a woman because no one has ever been both willing and able to provide for me.

I've been 39 for almost a month now. (negative)

The only thing I ever wanted out of life, what I have dreamed about as long as I can remember, was to be a SAHM. Instead, I am the breadwinner in an unconsummated marriage. My husband's attention is entirely consumed by caring for his parents and distracting himself from how increasingly depressed I am. I keep hoping that I won't live to see 40 because I don't know what else to do.

I don't know if that's depression or my upbringing talking. It's probably both.

My desire for a decent pair of good-quality headphones has spiraled into buying a full recording setup. I've had a need for that for awhile now, and I have the money, but it still feels extravagant.

My day to day life, as someone who works from home anyway, has changed very little, but I find my mental health is very precarious lately, and getting worse.

I was already not in a good place before this hit, and it is both sobering and terrifying to realize that the Sacraments were basically holding me together.

Hmm. I've noticed, on my phone, that my Google Maps timeline will often assume I've been at a Starbucks or Walgreens or gas station when I've merely been stopped at a light next to one, but it will never presume that I've been at a church, even when I've spent more than an hour there.

I haven't received since the 2nd Sunday of Lent, and I don't know when I will receive next.

Even Confession is forbidden right now, where I am, unless in immediate danger of death. But when are we not?

The Tabernacle looks like it's made out of aluminum, cast with a relief of wheat and grapes on the door. It's off to the side of the altar, next to a felt banner. But the candle is lit and He is here.

3 other people are here. We're at least 30 feet away from each other. I am sitting as close to Him as I can get, which is maybe 12 feet away. He is here.

Officially confirmed this afternoon: No Holy Week and no Easter.

I mean, I'll still have the livestream at the Episcopal church, but I really miss Jesus.

It continues to be very weird singing to a livestream camera in an empty church, but at this point it looks like this is going to continue for awhile yet…

4) It's also been impossible to take any time off because nobody is willing to cover.

3) I can't do projects, at all. Every personal project has been on hold. Some of this is because of the general sluggishness, but it's mostly because the hours I am most creative (11pm-2am) are ones where I Absolutely Must Sleep, and also because I only have about 5 hours of free time on days when I don't have rehearsals or gigs in the evening, and I do still need to eat, shower, do shopping, socialize, etc.

For my sanity, it's been my personal projects that have fallen by the wayside. I hate that, but there's nothing I can do about it. 5 hours is basically zero time at all.

2) I've gained weight and feel like I have no energy for anything. Some of this is due to other heavy emotional things happening in my life, but I think mostly this is due to the sleep schedule.

1) I hate sleeping biphasically, at least the way I have to do it now. There's only one way sleep even fits into my schedule, and that's 4-5 hours in the afternoon, then 3-4 hours at night.

What this boils down to is that I rarely feel as though I've slept enough, and it feels like I have no free time, because it too comes in a 4-5 hour block (swapping between biphasic and monophasic sleep is really bad for your health so I have been trying not to do it even when I can).

Note: I'm also still a working musician, and even though my day job shifted up 5 hours, the rest of my obligations are still in the late evening, so I've had no choice but to sleep biphasically in order for everything not to grind to a halt.

Those who know me know I disdain platitudes -- nice sayings to invoke nice thoughts. So I post this quote from St. Therese of Avila because she said in a mere two dozen words the very heart of what it means to trust God through it all -- whatever 'it all' means to any of us.

Listen -- He who sent His beloved Son to die for you and me --He did what He did in hopes that we would respond in love and obedience AND simple trust in His trustworthy hands.

"Let nothing trouble you. Let nothing frighten you. Everything passes. God never changes. Patience obtains all. Whoever has God wants for nothing. God alone is enough."

Wow. What a different -- and godly -- perspective.
https://tinyurl.com/v3a78kf 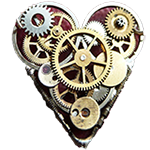 Calling smartphone equipped teenagers 'digital natives' is a mistake because a smartphone makes you a consumer rather than a native of anything.

If you want a child to become a digital native give them an actual computer instead of a corporate controlled and curated consumer device.